​We worked tirelessly under an extremely tight deadline to develop the plans and specifications that met the Texas Parks and Wildlife Department requirements and the developer and City’s needs. The grant monies included U.S. Fish and Wildlife federal funds. We were able to successfully incorporate the federal fund grant requirements into the design and the contract documents. Our process is so thorough that the review by Texas Parks and Wildlife Department resulted in zero changes and an expedited notice to proceed. The result of the intense coordination between all project partners is a beautiful and highly functional series of outdoor spaces that is teeming with families and sports enthusiasts.
PROJECT CREDITS 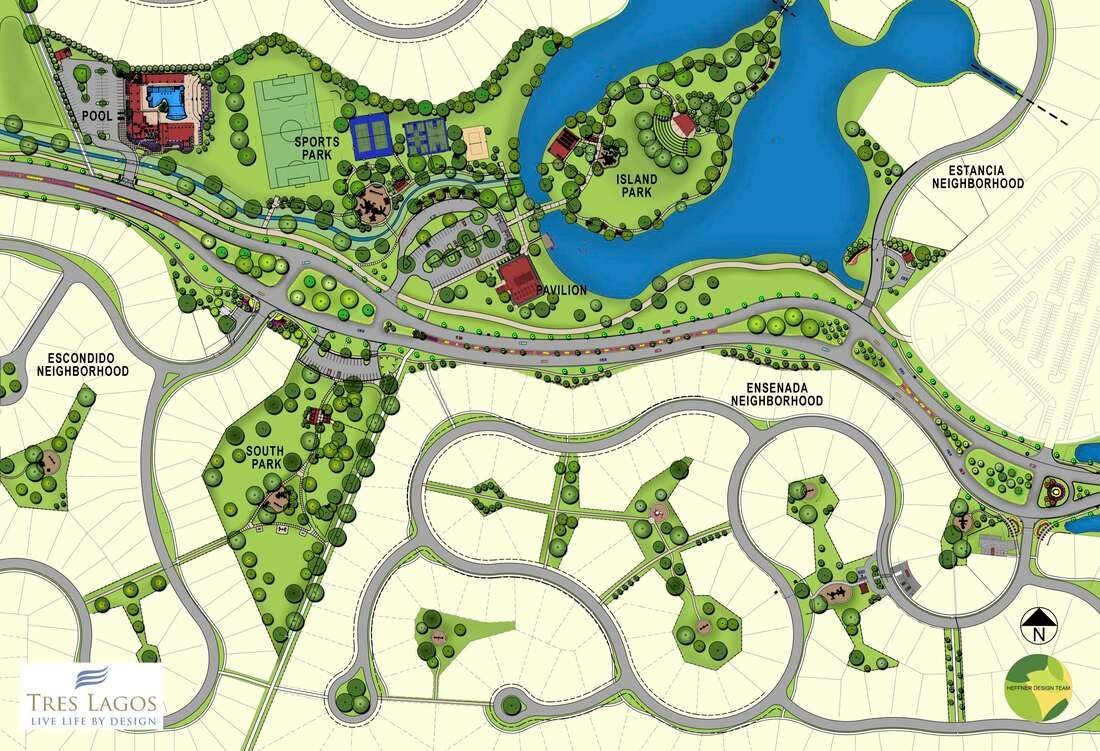 ​This central space was highly used but in desperate need of a renovation It connects a variety of municipal offices, has large existing native trees, and needed to function as an outdoor event space in the evening. We used a concept of wrought iron scroll work to develop the design. Wrought iron weaves through the lives of all Rio Grande City residents. The simple scroll shape used throughout the downtown area was utilized to unify the disjointed courtyard space. This shape extends beyond the courtyard edges inviting visitors into the space and the central water feature. The existing historical pavers were reused and inset into the new brightly colored pavement. A low-maintenance central water feature was added to include the soothing sound of water. Stones from the Rio Grande were reused around the water feature to reinforce the connection to the past. Native plantings permeate the perimeter of the site. Additional trees were added for shade and bird and butterfly nectar plants were included in a pollinator garden. 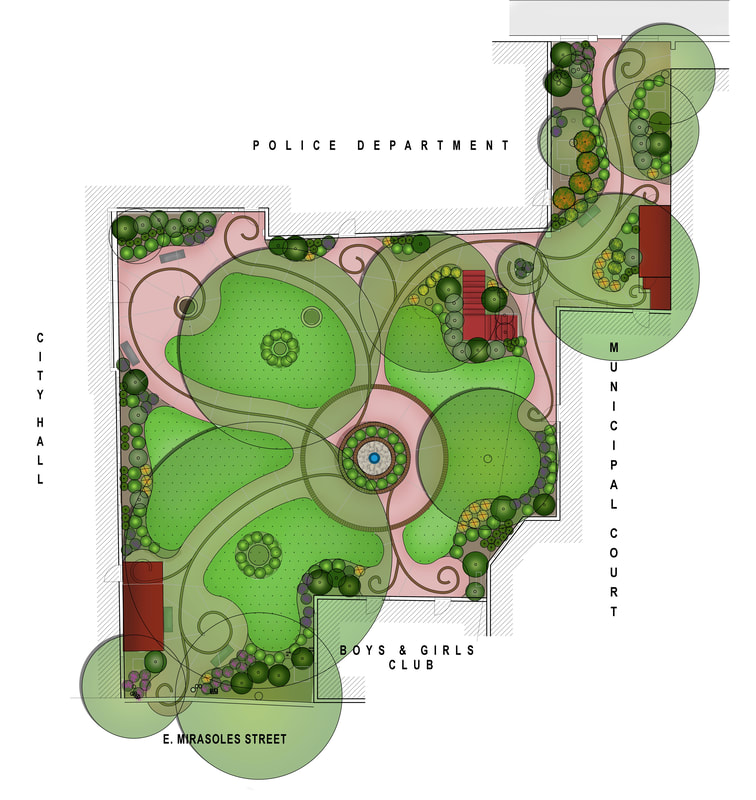